Perfect for both Nightclubs and Private Events, this band will be sure to please with fantastic music and the right amount of tease…!

Learn how to get a song on itunes at ReverbNation.com 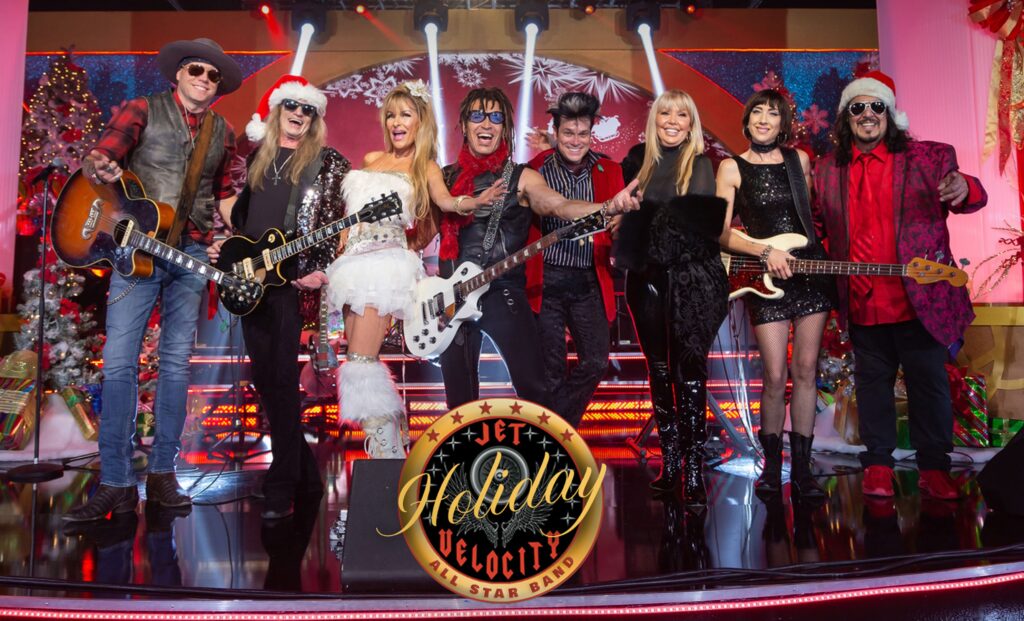 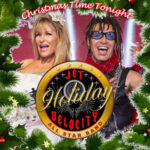 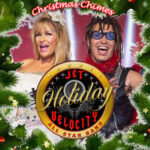 “See the Jet Velocity Holiday All Star Band” appear on the 89th Annual Hollywood Christmas Parade” Friday December 17th 2021 from 8-10 pm on the CW Network in your time zone!

As a Veteran of the United States Army Reserves, Jason likes to display an American flag on his mic stand to honor those who’ve served and especially those that have paid the ultimate sacrifice.  Jet Velocity’s debut show was in 2013 at the Hilton Las Vegas for the Marine Toys For Tots Charity Christmas Show and featured drummer Les Warner (The Cult) and bassist Barry Barnes (Count’s 77) along with the amazing Bob Kulick on guitar.  This began their tradition of being joined onstage by legendary players, and since then the list has grown to include Chris Slade (AC/DC), Joe Vitale (Joe Walsh),  Vinny Appice (Black Sabbath), Dave Amato (REO), Hugh McDonald (Bon Jovi), Michael Anthony (Van Halen), Rudy Sarzo (OZZY), and many others.  Additionally, Jet Velocity has become the official band of Share Village Las Vegas, an organization founded by Arnold Stalk that works to house and feed Veterans and homeless throughout Las Vegas.

The Jet Velocity Holiday All Star Band will be performing two of their brand new & recently released original songs entitled “Christmas Time Tonight” and “Christmas Chimes”.  Each player recorded remotely and sent over their tracks to Ebsworthy Sounds Studio Las Vegas, where they were mixed & produced by Jason Ebs and mastered by Damon Tedesco.  As long time fans of the parade, they are extremely excited to bring their high energy and fun performance to the stage for such a great and festive cause!   Happy Holidays, Merry Christmas, and See you inside the parade!  www.JetVelocityHolidayAllStarBand.com